Experts Weigh In: It’s about Marginalizing the Left

Experts Weigh In: It’s about Marginalizing the Left

The foreign-funding bill on the floor of the Knesset has engendered much passionate conversation both in Israel and abroad about the nature of human rights organizing, the role of the government, and the health of Israel’s democracy.

Today, the NIF with the support of Partners for Progressive Israel, Ameinu, Truah, Btselem, Americans for Peace Now, and Jstreet hosted a conversation on the matter with MK Merav Michaeli, former Speaker of Knesset Naomi Chazan, and Israeli lawyer Michael Sfard. The conversation was moderated by Matthew Duss of the Foundation for Middle East Peace.

Primarily, the bill is touted as increasingly transparency of organizations who receive foreign funding, but under Israeli law, all this information is easily and publicly accessible. In reality, this law would change three things: it would require such organizations to give notice to their donors in every piece of written correspondence, to give the same notice to every piece of oral correspondence in meeting with officials, and for members to wear badges declaring their status when meeting with officials.

Because this law would affect those who receive funding from foreign agencies and governments, and not funding from individuals (foreign or not), the onus of this humiliating set of procedures falls disproportionately on left wing and human rights NGOs and activist groups. (By comparison, right wing NGOs, including those funding settlements, disproportionately receive their funding from wealthy individuals rather than groups or governmental organizations.) By branding these groups as “foreign agents,” it allows them to dismiss the reality that these are Israeli activists looking to change their own society from within, rather than the fiction that it is foreign agents seeking to impose an agenda from outside. And these governments don’t have a say in how these NGOs operate (unlike rich private donors might in other organizations), which makes the entire basis of the law not about transparency, but about intimidation. 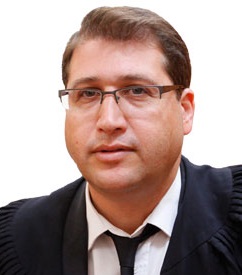 Michael Sfard pointed out that even though Shaked and other right-wing politicians compared this bill to FARA in the USA, the comparison doesn’t hold. The Foreign Agents Registration Act in the USA refers to agents that are directly controlled by and working at the behest of foreign governments, not those merely funded by them. 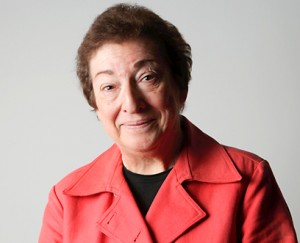 Naomi Chazan noted that Shaked has tried to push a version of this law before, and that the most damaging thing about this is that Shaked actively pushes for the tyranny of the majority as the defining motif of Israeli democracy. By this notion, anything the majority says, goes, and its deleterious effects on local minorities (political minorities or ethnic minorities) is simply irrelevant.  Furthermore, she ties loyalty to the state to the notion of democracy, so that if you voice disagreement with the government, not only are you treasonous, you are branded as anti-democractic. This is counter to the notion of liberal democracy, where the rights of the minorities are protected from the tyranny of the majority. 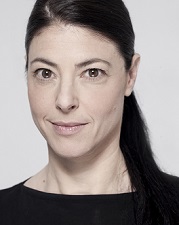 MK Merav Michaeli added that the bill only needs the coalition to fall in line – and the last holdout is Kachlon. While he is expected to smooth away some of the “scarier parts” of the legistlation, once he is on board, there will be no way to stop the passage of this bill. And the Supreme Court can only strike it down or otherwise contest it after it passes into law. She also added the disturbing fact that a recent poll in the Yediot Achronot newspaper stated that more people hated leftists than they hated Arabs. The delegitimization of the Left makes it near impossible to operate. Naomi Chazan added that this creates a climate of intimidation whose goal it is to prevent any possible challenge to the government’s policies.

This bill is clearly a disaster for democracy and human rights in the region, and we can only hope that it never makes it to the lawbooks.