Amid the gloom in so many quarters over the stalemate that bedevils the two-state solution to the Israeli-Palestinian conflict, there is now underway an ambitious and visionary plan that has the potential to reinforce the still-fragile peace among Israel, Jordan, and the Palestinian Authority, bring environmental rehabilitation and economic development to the neglected Jordan Valley, and create a healthy and sustainable regional interdependence.

The author and driving force behind this plan is EcoPeace-Middle East, a tripartite NGO with offices in Tel Aviv, Amman, and Ramallah, that has pioneered environmental peacemaking in the Levant for almost three decades. The plan, dubbed the “Green Blue Deal for the Middle East” was devised and elaborated during the last year and is now being rolled out as a realistic blueprint for regional cooperation in dealing with the global climate crisis and its implications for regional security in the Middle East.

A first pillar of the plan—the Water/Energy Exchange—is designed to take advantage of a fortuitous distribution of natural resources among the three partners: Israel, Jordan, and Palestine. With its large and expanding array of desalination plants on the Mediterranean, Israel now desalinates 70 percent of its drinking water, soon to increase to 90%, with a surplus sufficient to both restore the catastrophically degraded Jordan River and sell water to parched Jordan to meet its urgent domestic needs. The Palestinian Authority is also planning to build large desalination plants in Gaza that could be incorporated into a regional desalination program.

What Israel and Palestine are deficient in is the huge amount of land needed to build the solar and wind energy infrastructure to power this operation sustainably at scale and at reasonable prices. Fortunately, Jordan, with its vast desert expanses and abundant sunshine, has the potential capacity to produce enough renewable energy to sell to both Israel and Palestine to sustainably power not only the desalination operations, but to meet Paris climate commitments at the cheapest prices as well.

The result would ultimately be a regional desalinated-water/solar-energy community among Israel, Jordan, and Palestine that would help the region achieve its carbon-reduction commitment and lead to healthy and sustainable regional interdependencies. This project would be financed by private investors, as it is expected to generate a healthy profit.

The three other pillars of the Green Blue Deal: advancing Palestinian water rights, Jordan River rehabilitation, and investment in region wide climate education are no pie-in-the-sky ideas either. All are based on extensive research and the on-the-ground experience of EcoPeace programs. Once fully implemented, GBD would be a game-changer for the entire region.

The first pillar of the Green Blue Deal got a kick-start on November 22 with the ceremonial signing in Dubai by  high-ranking officials of Israel, Jordan, and the United Arab Emirates of a Declaration of Intent to conclude a formal agreement once a number of technical issues are resolved. The UAE is expected to provide a major share of the project’s financing.

The Declaration of Intent identifies that the major investment in Jordan will be a solar photovoltaic plant with a first stage capacity of 600 MW plus 300-500 MW in storage, to export green power to Israel, which in turn will sell Jordan up to 200 million cubic meters of     desalinated water.

Israel’s Energy Minister Karine Elharrar said the agreement was the “most significant” since the former enemies signed a peace treaty in 1994. “The benefit of this agreement is not only in the form of green electricity or desalinated water, but also the strengthening of relations with the neighbor that has the longest border with Israel.”

Elharrar met with Jordan Water and Irrigation Minister Mohammed Al-Najjar last month for the signing of a separate agreement doubling the amount of water Israel supplies to perennially thirsty Jordan.

An indication of the significant United States interest in the project was the presence at the signing of the U.S. Special Envoy for climate change diplomacy, John Kerry, whose mediation      behind the scenes was crucial to the success of the negotiations. The Biden administration has also pledged to build on those agreements, while remaining adamant that they are no substitute for Israeli-Palestinian peace.

Partners for Progressive Israel enthusiastically endorses the Green Blue Deal and calls on U.S. policymakers to incorporate environmental diplomacy in their ongoing efforts to strengthen practical co-operation between Israel and its neighbors. Partners in particular sees the need for the Biden administration to prioritize advancing Palestinian water rights, a key pillar of the Green Blue Deal. We look forward to working with EcoPeace Middle East in helping to create both a physical and a political environment that can help protect the region from the worst ravages of climate change, as well as lead towards a two-state solution to the long-lasting Israel-Palestine conflict. 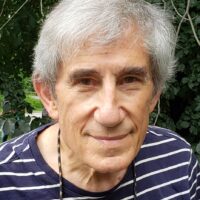 Gil Kulick is a Middle East peace activist and avid environmentalist. He is a member of the PPI board.