Debating war on i24 TV and demonstrating for peace

Debating war on i24 TV and demonstrating for peace 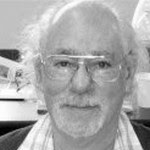 On Sunday night I appeared on the new i24 Israeli TV news station during a marathon almost 3 hour special broadcast on the Israel/Gaza conflict.   My segment lasts about a half an hour, pitting me as the Chair of Democrats Abroad-Israel against Marc Zell, Co-Chair of Republicans Abroad-Israel, a settler from Tekoa and former law partner of Bush Administration neo-con Douglas Feith.

The moderator, Lucy Aharish, is quite something.   She was born in Nazareth, and grew up as the only Arab student in Dimona.  She’s very sharp.

The station likes to have debates or discussions with left and right-wing panelists.   As I was entering the studio, coming out from the previous segment was Meir Javedanfar, an Iranian-born Israeli expert on Iranian affairs who was featured in a pro-Obama video in the last elections, and when I left the studio, replacing me was former Palestinian   Prisoner Affairs Minister Ashraf Ajrami, who has participated in Palestine-Israel Journal (PIJ) activities, and is a member of the PLO Committee for Communication with Israeli Society.

And for those who prefer the written word to the visual image, here’s a link to what I wrote at the Times of Israel Blog, about Saturday night’s demonstration in Tel Aviv calling for a cease-fire and a resumption of negotiations:  How many deaths will it take till they know…? | Hillel Schenker | Ops ..