The author, Tania Hary, is the deputy director of Gisha – Legal Center for Freedom of Movement, an Israeli organization, which promotes the right to movement, particularly for residents of the Gaza Strip. 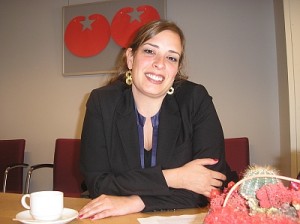 Almost immediately after Operation Protective Edge, last year’s 50-day military operation that claimed the lives of 72 Israelis and more than 2,000 Palestinians, there was an important change in rhetoric on the part of senior Israeli security officials. Israel’s defense minister, chief of staff and others noted that ongoing hardship in Gaza harms Israeli and regional security. They cited the need for reconstruction and an economic horizon for the territory.

The security echelon seemed to finally recognize and be willing to say aloud that the policy of separating, isolating and closing Gaza has failed to achieve the political and security goals they ostensibly sought to achieve. The Hamas regime in Gaza has not fallen and has only expanded its military capabilities. Still more nefarious groups have an easy recruitment base, with youth unemployment nearing 60 percent, in large part due to restrictions on movement imposed over the years since Hamas came to power, which devastated an already feeble economy.

Yet the gap between helpful statements about a need to change policy and the reality on the ground in Gaza remains alarmingly wide. On the one hand, the movement of people is currently at the highest levels we have seen since 2007; yet the rate of travel of Palestinians from Gaza remains less than four percent of what it was prior to September 2000. The criteria for who can travel remain exceedingly narrow.

The export of some goods has been allowed to the West Bank, as well as a small quota to Israel, once Gaza’s primary markets. However, restrictions remain such that the rate of exports is just over eight percent of prior levels. An economy can hardly function without the transport of its products to markets.

Construction materials are entering via the complex Gaza Reconstruction Mechanism; however, only about five percent of materials needed have been allowed entry. Up until now, only repairs have been permitted for the more than 100,000 homes damaged in the fighting. Of the more than 12,000 homes totally destroyed during Operation Protective Edge, not one has been rebuilt.

What is frustrating about being an Israeli who cares about security and also wants her government to do the right thing by the people under its control, is that time and again, Israeli officials continue to act in direct opposition to their self-declared interests.

At present, many restrictions on the movement of people and goods to and from Gaza cannot be justified on security grounds, but appear to serve ill-defined political goals and reflect a narrow view of Israel’s obligations to the residents of Gaza; or worse, they result from inertia, as former Deputy Defense Minister Dan Meridor pointed out. Sweeping limitations continue to block families from uniting, students from studying, farmers from getting their produce to market and companies from doing business.

With over half of Gaza’s population under the age of 18 and 70 percent under 30, Israel should be doing all in its power to enable hope. It can facilitate access to opportunities for young people in a way that makes a farce of the recruitment tactics of militant organizations and dries up their support.

Other factors are certainly contributing to the situation on the ground. The factional split has exacerbated the divide between Gaza and the West Bank by splitting the Palestinian government and legal system. But restrictions on movement imposed by Israel undermine economic and social ties that provide a foundation for a healthy society and could bolster cooperation until unity is restored.

The indiscriminate firing of rockets on civilian population centers is a war crime and Israel undoubtedly faces serious challenges to meeting its obligation to protect its citizens. As an Israeli citizen, and a rather anxious one at that, I get it. But I do not understand how stopping a young woman from pursuing gender studies at Birzeit University, or a young man from attending a hi-tech expo in Ramallah, protects my security.

The Rafah Crossing is a vital link to the outside world and has been mostly closed by Egypt since last November. Yet even when open, it could not meet Gaza’s needs for access to the rest of the Palestinian territory nor erase Gaza’s dependence on links to Israel.

The violence and upheaval in the region should only impel us to try harder for coexistence and peace, not to bury our heads in the sand. We can point fingers of blame, but that won’t get us very far.

Because senior Israeli security officials themselves have noted that despair in Gaza harms Israel’s security, and are ostensibly taking steps to bring about change, there is now an opportunity to carve out a different path that does away with unnecessary restrictions on movement and thereby contributes to a better future for the region. If not now, when?