Chanukah seems like a good time to reflect upon things that have been in the news lately — including phenomena that parallel Jewish experiences.  Whereas the Joseph story in this week’s Torah reading (Parshat Miketz) is clouded in Biblical legend — because its historical accuracy is unknown — Chanukah is based on real historical events; the Maccabees’ revolt against the Syrian-Greek Seleucid dynasty did happen.

But while we like to think of it as a struggle for freedom and religious liberty, this is only partly true. It was a national revolt that eventually created the Kingdom of Judea under the rule of the Hasmonean dynasty.  It was also a “clash of civilizations,” with traditional Jews triumphing over the Hellenists (Jews and Syrians) who ruled in Jerusalem; and so it was likewise a civil war among Jews.

It is ironic that the Hasmonean family, within one generation of their victory for Jewish values over Hellenism, was taking Greek names, speaking Greek and transforming Judea into a Jewish Hellenistic kingdom.  These rulers alienated the masses of the Jewish people by extreme acts of cruelty and debauchery.  Their military prowess ultimately undermined their rule, as conquered peoples were converted to Judaism by the sword; Herod emerged from one such Judaized people to marry his way into the Hasmonean clan and murder them into extinction.  Herod’s disastrously bloody reign led to Judea’s disintegration as an independent state and its domination by Rome.

So Chanukah commemorates a victory for the survival of Judaism over Paganism, and a (temporary) revival of Jewish sovereignty, but it was not really a struggle for religious freedom as we would define it.

Keeping this history in mind, we note that a new Sheldon Adelson-funded effort to fight the anti-Israel BDS movement on university campuses has been initiated under the name of the “Maccabees Task Force.”  This name may well reflect the feisty tenor of this organization and Adelson, its primary funder, but it’s a curious choice for a group that should be appealing to a predominantly liberal/left campus community.  And sure enough, a current article in The Jewish Week newspaper quotes its director, David Brog, as indicating that it won’t cooperate with the liberal J Street organization (which has a campus affiliate called J Street U), even though J Street has raised a clear and consistent voice against BDS.  Brog, a Jew whose previous job was as executive director of Rev. John Hagee’s Christians United for Israel, puts J Street in the same category as Jewish Voice for Peace, which actually supports BDS.

Now let’s transition from Chanukah as a celebration of religious freedom to what to make of Donald Trump’s demand to categorically close off the US from all Muslim immigrants and visitors.  It’s hard to find any public figure who supports this, but his statements do reflect a genuine and understandable fear about Islamist terrorism. 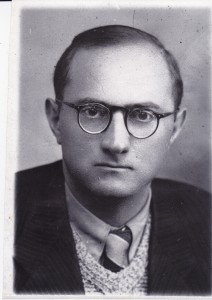 We all should know that Franklin D. Roosevelt’s State Department official in charge of immigration, Breckinridge Long, directed US consulates to block or slow down legal Jewish immigration, even as restricted as it was by the discriminatory quotas imposed by Congress in 1924.  My parents confronted this policy directly with one such consular officer, who — even with the approved immigration visas in his hands (as he freely admitted) — demanded that my father obtain transit visas from the countries they’d pass en route, before he’d give them up.  This reverses the accepted process for getting a transit visa, where a country will normally grant it upon being shown an immigration visa to another country.  If my father had given up at that point, in March of 1941, my parents and my mother’s aunt (known to us as Tante Elsa), would have been swallowed up by the Nazi invasion of Yugoslavia (where they had found refuge for a couple of years) in April of that year.  (On the advice of his travel agent, my father got around this hurdle by securing letters from relevant consulates, attesting that transit visas will be provided once they are presented with the US immigration visas.) 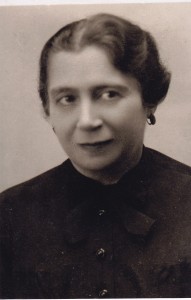 After Kristalnacht, the territorial legislature and governor of the US Virgin Islands offered to take in Jewish refugees.  This suggestion was rejected by FDR on the advice of the military, warning that Nazi spies and saboteurs might infiltrate in the guise of Jews.

This is exactly the kind of fear that Trump is expressing; it’s wrong but not crazy.  Yet there is a very exacting vetting process for Syrian refugees applying to the US.  First, they are referred by the UN High Commission for Refugees (especially vulnerable cases, such as single mothers with young children, and those who have relatives in the US).  Then they experience up to two years of background checks and interviews by State Department, Homeland Security, Defense Department and FBI personnel.

The greatest danger of terrorism (judging from the San Bernadino incident, among others) seems to come from people who are born here yet feel estranged.  This has to be a very challenging, even perplexing, problem.