Benjamin Netanyahu vs. Vicki Knafo and the Israeli poor

Benjamin Netanyahu vs. Vicki Knafo and the Israeli poor

Netanyahu’s argument might sound reasonable, but as Israel’s Prime Minister for the last 10 years and three years before that as finance minister, he has created a reality in which a job does not guarantee getting out of poverty.

So how come a job in Israel doesn’t guarantee a life with dignity? Well, it’s a combination of several things:

Second and equally important, Israel’s real wages have been frozen for over 15 years. According to the Bank of Israel between 2000 and 2015 our wages increased by 0.6%

So Mr. Prime Minister, welcome to the socio-economic reality in Israel. Considering the fact that you are the responsible for it, it’s puzzling that you are so disconnected from it.

The following graphs were taken from the OECD Economic Surveys ISRAEL, 2016 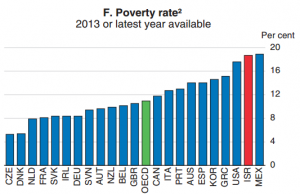 Israel is second only to Mexico in the highest poverty rates among the 35 member states in the Organisation for Economic Co-operation and Development (OECD). 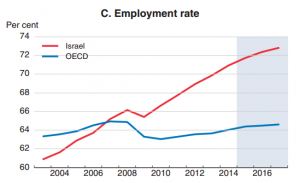 Poverty in Israel is not directly connected to unemployment. While employment rates grew significantly since 2004, poverty rates grew alongside them. 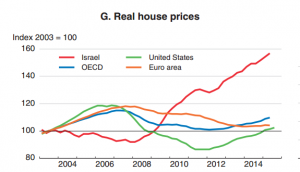 While wages stagnated, prices and specifically housing prices grew by 60%.