Backstory to my new Tikkun article

Backstory to my new Tikkun article

In the summer 2012 issue of Tikkun magazine, my article, “When American Jews Were Divided and Weak,” reviews two books published on the same subject in 2011: JEWS WITHOUT POWER: American Jewry During The Holocaust by Ariel Hurwitz (MultiEducator, Inc., New Rochelle, NY) and MILLIONS OF JEWS TO RESCUE: A Bergson Group Leader’s Account of the Campaign to Save Jews from the Holocaust by Samuel Merlin, edited by Rafael Medoff (published by The David S. Wyman Institute for Holocaust Studies, Washington, DC).  The original conclusion of my article, which I include in this post for your perusal, was rejected. 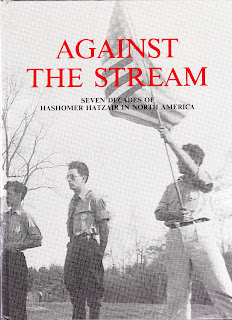 I vaguely recall meeting author Ariel Hurwitz once or twice.  He made aliya from New York in 1953 as a member of the socialist-Zionist Hashomer Hatzair youth movement and has lived on Kibbutz Gal’on ever since. He is the editor of AGAINST THE STREAM: Seven Decades of Hashomer Hatzair in North America (1994); I see that he inscribed my copy with a brief personal note (“To Ralph–Hope that we will keep reading Israel Horizons…”, referring to the magazine I used to edit).

I’ve recently learned through email correspondence with Dr. Hurwitz that the death of a daughter caused him to drop plans to publish what had basically been his doctoral dissertation about 20 years ago.  He felt obliged to return to it, however, after a spate of politically-charged histories coming from the Zionist right. As part of what he sees as a trend, he feels that the Bergson Group has been elevated unfairly at the expense of the American-Jewish community’s leadership during the Holocaust.  Yet, because he writes with the reasoned tone of a historian and not as an ideological combatant, his book does not loudly proclaim a political agenda.

My own admittedly amateur judgment on this subject lies somewhere in between his view and that of the Bergson partisans, but I lean toward the Bergson Group.  In fact, Dr. Medoff, the editor of Samuel Merlin’s Bergson memoir, plugged me personally into this controversy in a small way, with an op-ed in The Jerusalem Post on my disagreement with Holocaust historian Deborah Lipstadt on this very issue.

Overall, I still think Hurwitz has written a worthwhile analysis of the subject.  Michael Lerner, the editor of Tikkun, was uninterested in my criticism of the editing of this book, but he was really unhappy with what I wrote under the subtitle, “Implications for Today,” feeling that I was unfair and disrespectful to Professors Mearsheimer and Walt.  This is the editor’s prerogative. While not accusing them of anti-Jewish bigotry, I argued that M & W were blind to the sensitivities of American Jews–not to mention being flawed in their scholarship (insert “Mearsheimer” into this blog’s search window for my writings and links to others on M & W).  You be the judge:

It’s a pity that Dr. Hurwitz did not obtain a more prominent publisher.  Although the quality of his writing is good, it is compromised by a dearth of editing.  It’s surprising that a publisher based in suburban New York [New Rochelle] would retain the manuscript’s British-style punctuation, and there were a few minor errors which should have been caught. By way of contrast, Merlin’s book was flawless, and remarkably well-written for a polyglot writer for whom English was probably a third or fourth language. [Medoff, the Merlin book’s editor, emailed me that it required very little copy editing.]  Still, Hurwitz’s common-sense logic and concise exposition of detail are commendable.

Hurwitz’s title, Jews Without Power, demands a final note. During the post-war decades, antisemitic discrimination became disreputable, not to mention illegal, in most areas of American life. American Jews emerged into an unprecedented time of economic, cultural and political acceptance. In the meantime, Israel struggled up from a tiny country that survived close calls during the wars of 1948, 1967 and 1973 into the premier military power in the Middle East, with a formidable economy. Jews could no longer be seen as weak; au contraire.

J. J. Goldberg’s 1996 book, Jewish Power: Inside the American-Jewish Establishment, registered a triumphal note that American Jews had finally arrived at a place where they could safely exercise power as Americans without being severely slapped down. Yet this slap-down, according to many, came a decade later with the work of Professors Mearsheimer and Walt and the widely held view in the United States and abroad that foreign policy under George W. Bush was dictated by Jewish or Israeli interests.

While they likely never intended to write an antisemitic book, Mearsheimer and Walt were remarkably insensitive to members of a historically oppressed and vulnerable minority group (because of its small size), who would see hatred in the single-minded intensity of their arguments. Even if progressives bristle understandably at AIPAC and its allies’ overzealous defense of hard-line Israeli policies regarding the Palestinians, Mearsheimer and Walt’s claim that a handful of second and third echelon State and Defense Department officials (the “neoconservatives”) engineered the invasion of Iraq in 2003―acting for Israel and not out of an honest (even if mistaken) perception of US interest―comes across to many Jews as both a stretch and a frightening accusation. The Jewish community retains an institutional memory of that period less than a lifetime ago, when American Jews were told to keep quiet―for their own good―about what their fellow Jews were experiencing abroad.