As Obama Goes There — How We Got Here

As Obama Goes There — How We Got Here 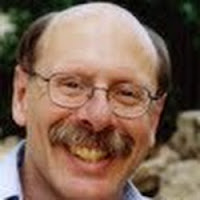 My day job is as a university professor, mostly teaching and writing about the history of the Israeli-Palestinian conflict.  So, probably more than most people, I think often about how the conflict got to the point where almost everyone wants it to end, and most even claim to favor the same two-state solution, but almost no one can imagine it being settled anytime soon.

What strikes me most in thinking about successive events since modern Zionist settlement started in 1882, is the workings of the law of unintended consequences.  Early Zionists did not think about expelling the Palestinians; they generally didn’t think about them at all.  Herzl naively thought they would welcome the “progress” brought by Zionism.  The British, with all their colonizing experience, had little doubt they could manage Jews and Arabs together in Palestine for the benefit of their empire; it took little more than 15 years for them to realize they couldn’t, but by then the incompatible goals of the two peoples seemed (and in my view were) irreversible without war.

Despite documented discussions of “transfer” (i.e., ethnic cleansing) in the 1930s and in 1948, I think the full record shows that expulsion was not the ulterior agenda of Zionist leaders in accepting partition.  But it is beyond doubt that they were overjoyed when most Palestinian Arabs fled in well-founded fear (NOT because their leaders told them to), and grabbed the opportunity to have a state that included far fewer Arabs than originally expected.

There is no doubt that the Arab states wanted to abort or destroy the nascent Jewish state, at least until the 1960s.  The fact that we now know that their efforts in both 1948 and 1967 were utterly inadequate to the task (and that Israeli military leaders for the most part realized it then as well) is irrelevant to the belief of most Jews that a second Holocaust was in the offing at both times.  Fear of extermination was built into the Israeli DNA by both experiences — and DNA mutates exceedingly slowly.  Thus, few Israelis have been able to understand and come to terms with the changes in the Arab world that have produced widespread Arab acquiescence to a two-state solution and the Arab Peace Initiative, endorsed by all the Arab states.  Of course many Arabs hate Israel, but that doesn’t mean they couldn’t coexist with it.  But the Holocaust taught many Jews the supposed lesson that hatred leads to extermination — one of many ways the unique features of the Nazi period twisted Israeli perceptions.

Continued Palestinian inability to correctly judge the changing balance of forces and deal with facts as they were did not help their cause.  From the 1920s until at least the 1960s, Palestinians and other Arabs refused to face facts, convinced that the justice of their cause, i.e., as the victims of ‘Europeans’ who claimed their land, would triumph.  Instead they boycotted, refused to recognize, and simply protested (including through violence) rather than compromising when they could have limited the Zionist threat.   This produced the repetitive iterations of a process whereby Palestinians vainly attempted to accept what Israelis would have (even gladly) accepted a few years or decades earlier.  But Israeli suspicions and expectations invariably grew in the meantime.

Over time Israeli fears were transmuted into other, less forgivable, sentiments.  As Gershom Gorenberg explains in The Unmaking of Israel, many Zionists were unable to shake the habit of powerlessness, and could not seem to accept that managing a state was fundamentally different from running an underground.  Snatching land here and there, increasingly buttressed by a fundamentalist, land-obsessed version of nationalist Judaism, became a normal practice, that was passively incorporated by most Israelis into notions of unavoidable “security.”

Both at the time, and now as well, I am convinced that the Oslo process, flawed as it was, could have worked.  I reject both the Israeli belief that Arafat was fooling Israel all the time, and the parallel Palestinian conviction that Israel never really intended to allow the Palestinians their independence.

That is not simply water under the bridge, unfortunately.  The corrosive effects of Oslo’s failure, the rise of Hamas, the Second Intifada, the pointless rocket attacks on Israel, the Iranian adoption of the most extreme version of the Palestinian cause, and several small but vicious wars, have all exacerbated the negative perceptions Israelis and Palestinians have of each other far beyond what they were in the 1990s.  Despite the near-elimination of attacks against Israel and Israelis, most of the Jewish population has simply written off the Palestinians.  They exert no effort to stop settlement expansion; while supporting a two-state solution in theory they allow actions that make it impossible in practice.

This is the knot that Obama must unravel if he truly wants, as he has said he would within a year, to make genuine progress on a settlement of the conflict.  If he could put all his political capital into this, he could probably overcome the American forces that want to hamstring him.  Or, if he can connect sufficiently to the Israeli population and work together with both sides to overcome the traumas of the past and the policies of the present, he can accomplish something meaningful.  I’m still hopeful.