After The Ceasefire The Hard Work Begins

After The Ceasefire The Hard Work Begins

When American Jews think of the role of rabbis and community leaders in the civil rights movement, Abraham Joshua Heschel’s declaring that he was “praying with his feet,” comes to mind. For Heschel prayer was never just intoning words, it was an act with intention; when it came to justice, the best way to pray, according to Heschel, was is to act on its behalf, to move it forward, to march with Martin Luther King, Jr. in Selma. In his book Heavenly Torah, Heschel writes of the responsibility of political leaders: “To what can this be compared? To a person charged with guarding an orchard. If the person guards it from outside, it is well guarded. But if the person guards it from the inside, whatever is within will be secure, while that which is outside will not be secure.”  As long as Israel’s leaders only care about and privilege its Jewish residents above its Palestinian ones, it will never be secure.  This has been obvious for decades to those who cared to look.  It has been demonstrated again in the past two weeks.

Netanyahu speaks only of Israel’s right to defend itself, a kind of political truism that is hard to argue against. Indeed President Biden repeated it on Thursday after a ceasefire with Gaza was declared.  If the most destructive part of the recent clashes has been put on hold, the struggle continues. Clashes on Friday in Al Aqsa Mosque between worshipers and Israeli police indicate the urgent need to think beyond the parameters of Israel’s right to defend itself. If the focus remains on the “inside” of Jewish Israel, the war will go on forever, in East Jerusalem, in the West Bank, in Gaza, and as we saw over the past several weeks, in central Israel itself. A much broader comprehensive plan for security must take place, or the ceasefire would be just another phase in this senseless fight.

Something unprecedented has happened. Unlike in the war with Gaza in 2014, street clashes in cities like Jaffa, Akko, and Lod that took place this time were revelatory and hopefully could be an opportunity to think boldly, to discuss options and above all address endemic injustices. Bold moves to focus on practical ways to increase Palestinian rights in the immediate future could replace a history of denials.

Some Israelis have already taken political steps. On Thursday Meretz leadership chose to meet in Kafar Kasem and make partnership a fact on the ground.  As Uri Zaki said, “to hold the meeting in the midst of the turmoil in an Arab city is to say no to hatred and to emphasize Meretz commitment to Jewish Arab partnership.”  Similarly the thousands of Jews and Palestinians who came for the peace march in Tel Aviv Saturday night were politically walking their message. Taking part in the march Meretz publicly declared, “No to occupation, Yes to partnership.”

What does this mean? If the current war demonstrated anything, it is that Israel cannot indefinitely impose its will on the Palestinians, that brute force can coerce and intimidate for a while, but it can never persuade, and eventually, when people feel they have nothing to lose, coercion begins to crumble and bravery is contagious.  Let us think of ways to change the status of Palestinians and start in East Jerusalem where lives are so closely intertwined. There are practical and immediate steps like demanding an end to land acquisition by Jews in Palestinian neighborhoods and more bold ideas, such as the internationalization of the control and policing of the Old City.  The focus needs to be working with Palestinians, and working to increase their rights. This is a good moment to think of moving forward by starting the conversation that requires courage.  It would require that Israel’s government would recognize that past efforts to control the Palestinians have failed. Palestinians need to recognize that, in whatever future arrangement is arrived at, their lives will be entangled with their Jewish neighbors. And it is only on the basis of true equality that this can happen.

To demonstrate what America can do, President Biden who may be reluctant to get involved beyond a ceasefire would know that ceasfire is a temporary stopgap.  He could draw on his own words, “It is hard, sometimes, to remember. But that is how we heal.”  Because he spoke to us with compassion on the eve of his inauguration about what it would take to heal, he is the very person to suggest to both sides that they try to create a truly compassionate understanding of the other. Compassion as Heschel insisted is not just an emotion it is a call to action. When enemies start treating one another as human beings with reciprocal moral responsibilities, they are beginning to treat one another as equals. And whatever political arrangements are made, the recognition of the other’s humanity is the only basis for any progress.  It would take locals and the rest of us, as American theologian Howard Thurman said, “to extend the magnetic field of our morality” to all the actors in Israel and Palestine. And President Biden could tap on his deep reservoir of compassion and help Israelis and Palestinians to remember and heal.

Ayala Emmett is Professor Emeritus of Anthropology at the University of Rochester. Born in Tel Aviv, she grew up in a religious socialist Zionist community in Israel, and served in the Israeli army. She is a member of the Board of Partners for Progressive Israel. 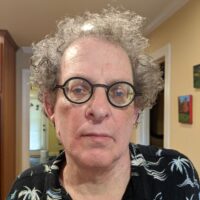 Peter Eisenstadt is a historian and long-time Israeli-Palestinian peace activist. His latest book, Against the Hounds of Hell: A Life of Howard Thurman was published by University of Virginia Press in February 2021. He is a member of the Board of Partners for Progressive Israel.