‘A Partner for Peace’ by Alan Feldman, Part 2

‘A Partner for Peace’ by Alan Feldman, Part 2

The long-standing Israeli policies which encourage settlement of Jews in the West Bank are undermining the prospects for ever achieving a two-state solution for Israelis and Palestinians.These policies appear to provide strong evidence that the current Israeli government has no intention of allowing the restoration of normal life on the West Bank and the creation of a Palestinian state. We see in the newspapers each month that the number of settlers on the West Bank increases with the encouragement of the Netanyahu government; as a consequence, the future cost (in human, political, and financial terms) of the withdrawal of these settlers goes higher and higher.

Continuing Jewish settlement in East Jerusalem is even more problematic. East Jerusalem is part of the city that was mainly Arab when conquered (and subsequently annexed) by Israel in 1967. Palestinians have declared their intention to make the Arab parts of East Jerusalem their capital when a Palestinian state is created. However, on our visit to Har Homa, one of the newly constructed Jewish neighborhoods in East Jerusalem, we observed how the planned placement of these new urban settlements means that the possibility to partition Jerusalem is becoming more and more difficult; Jewish settlements such as this one are literally cutting off Palestinian neighborhoods in Jerusalem from the Palestinians of the West Bank. The Israeli government also offers financial incentives for Israeli Jews to move to communities such as this one. Even our tour guide in Jerusalem, from the organization Ir Amim (City of Nations), which is committed to an “equitable and stable Jerusalem,” admitted that he himself lives in Har Homa because it is howhe can afford to live in the city.

Moreover, Israel is currently benefiting from strong and positive leadership of the Palestinian authority. We met with Palestinian Prime Minister Salaam Fayyad on our study tour; based on what he has accomplished, it is evident that Fayyad is serious about cooperating with Israeli security needs. Fayyad and President Abbas have done much to lay the foundation for a responsible Palestinian government, essential for a two-state solution. They are also deeply committed to non-violence. However, the current Israeli policies leave Abbas and Fayyad looking foolish—despite their commitment to nonviolence, they have failed to persuade Israel to alleviate the conditions on the West Bank nor to stop the continued growth of settlements. 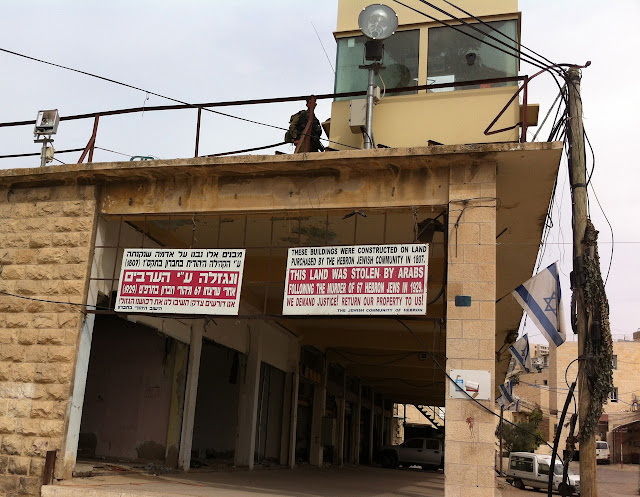 My conversations during our study mission with Palestinians and their leaders have left me convinced that many Palestinians are ready for peace, including the current leadership of the Palestinian Authority in Ramallah. I’m left wondering what it will take for the Israeli government to decide that actively working for two states, negotiating directly with the legitimate Palestinian leadership under international auspices, is Israel’s best option for a secure future?

In short, I have come to believe that if Israel continues on its present course—maintaining a disenfranchised population under its direct control on the West Bank and in East Jerusalem, and enduring an angry population on its border in Gaza—the likely outcomes will be calamitous, starting with the undermining of Israel as a democracy. We will see Israel’s increasing isolation from the community of nations, the vast majority of whom see Israel as intransigent and oppressive. And we may see more and more Americans questioning the strong support that our government has given Israel, politically and financially, for many years.
Our tour guide on this day in Hebron and elsewhere in the West Bank was Hagit Ofran, head of the “Settlement Watch” project of the Peace Now organization, whose grandfather, Yeshayahu Leibowitz, was an outspoken religiously Orthodox social critic who was one of the first Israelis to understand how destructive the occupation would become for Israel.  His words have become prophetic!
By partnersblogmaster| 2012-11-29T11:56:00-05:00 November 29th, 2012|Blog|0 Comments