With all of the hullabaloo going on regarding Bibi’s speech to Congress, some issues of concern to Israeli voters have fallen by the wayside. That’s a shame, as a number of said issues, like religion and state, are of great importance to the very fabric of Israel: this was the subject of a panel organized by the Free Israel movement, hosted by Mickey Gitzin. Notably, the panel was made up almost entirely of female candidates: Michal Rozin of Meretz, Ruth Calderon of Yesh Atid, and Yifat Biton of Kulanu. Merav Michaeli of the Zionist Union, who was initially slated to talk, was forced to cancel at the last moment due to a personal affair, and was replaced by candidate Gabi Schwartz-if not for that fact, this would have been the first all-female panel that I attended.  While ostensibly about religious affairs at large, it felt as though the panel devolved into open season on Yesh Atid and its policies that have actually done more in the last two years to entrench religiosity in Israeli society; a bitter irony given Yair Lapid’s central plank focused on loosening what he believed to be the ultra-orthodox community’s influence.

I initially believed, incorrectly, that the discussion about religion and state was simply too controversial a subject to touch, and was thus, better left ignored by politicians running for office. Hearing from the panelists, however, I realized that its just become one more casualty of the right’s fear mongering. Like the housing crisis, failing education and crumbling healthcare, the reforms that Israel’s citizens hope to see in the religious sphere must take a backseat to the Iranian bomb, Hizbullah, or whichever threat is conveniently invoked to distract Israelis from their day-to-day problems. Gitzin pointed out a very surprising statistic: nearly 70% of Israeli citizens support legislation allowing for civil marriage. Yet the subject has rarely been discussed during this election campaign; in fact the only topic related to religious affairs that has been been even remotely touched upon is that of ultra-orthodox recruitment into the armed forces.

There’s also a quiet revelation that I came upon attending the event. It’s common knowledge that the right, (as I’ve noted here), has routinely employed cheap, populist language in its attempts to woo voters. Naftali Bennett has been so successful as a campaigner because he’s been able to make generalizations about issues, and promises to his voters in the heat of the moment. And yet, when it comes to the controversy about the place of the ultra-orthodox in Israeli society, Yesh Atid has probably been the most guilty of creating an atmosphere of alienation and sometimes even demonization. Both here and at other events in which Yesh Atid representatives spoke,the ultra-orthodox community has been portrayed as a retrograde element within society preventing any real progress whose damage can only be countered by a vote for Yair Lapid.  Cynics who are familiar with Israeli politics might point out that Lapid is simply following in the footsteps of his father, Tommy, whose political party Shinui was often accused of pandering to voters using the same techniques. Lapid would likely claim that he was, at the very least, successful in passing a law forcing recruitment of ultra-orthodox men, thus changing a status quo that allowed the ultra-orthodox to shirk what many Israelis see as a national responsibility.

But as other panelists complained, that status quo is still very much alive, and the ultra-orthodox are not any closer to being integrated into mainstream Israeli society than they were two years ago. What was the point, other panelists aptly pointed out, of passing a law that forces 22 year old men to serve, well after many of them have gotten married and had a number of children?  Instead, the bitterness engendered by this legislation has only widened the rift in society, and driven many ultra-orthodox men further into the arms of their religious leaders, rabbis who are all too happy to exploit these feelings of ill will.

The dangers posed by a tactical vote for the Zionist Union have been discussed, ad naseum, since the start of this election cycle. What often gets ignored, however, is the far greater damage done by Lapid’s entry into the governing coalition; lest we forget, Lapid, with his upset of 19 mandates, wasted no time allying with crypto-fascist Bennett. Perhaps Yesh Atid, whose party platform about integration of the ultra-orthodox dovetailed nicely with that of Jewish Home, thought that strength in numbers would help push through the necessary legislation, but at what price? Instead of leaving him to languish in the opposition, Lapid’s union gave Bennett and his party access to some of the most sensitive portfolios in the government, including the housing ministry. Two years later, Yesh Atid is struggling to find relevancy, while Jewish Home is slowly, but successfully creating for itself the image of the Likud’s right-wing successor. 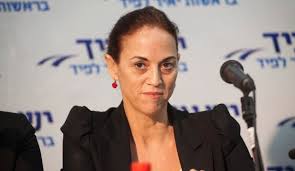 I have heard, and not for the first time, that a union with the ultra-orthodox, despite their views, is far more preferable than one with the national-religious camp. This, out of the mouths of people who would be hardly considered right-wing: Amos Oz, in describing the dangers that Israel faces, came to the understanding that the settler movement posed a far greater, and far more immediate danger to the soul of the state. Here too, panelists of the Zionist Union and Meretz expressed similar sentiments. Yesh Atid’s Calderon is an admirable figure who did her best to defend her party’s flawed policy. She is certainly genuine in her embrace of progressive Judaism and her work against the encroachment of religion on Israeli society. But what is the encroachment of religion if not the attempted legislation of  laws that try to promote the Jewishness of the state at the expense of its democratic character? What of the messianism, homophobia and racism that Bennett’s more “enlightened” Judaism entails?

My disagreements with the ultra-orthodox community on a number of religious issues notwithstanding, haredi parties have shown that in the past they are, at the very least, willing to sit with a center-left government trying to move the peace process forward. The same cannot be said of Bennett and his national-religious friends, whose goal is to alter the very nature of the state, piecemeal. Those voters considering a vote for Yesh Atid in the coming elections should remember, quite clearly, the deals made by Lapid in the past that ultimately did far more harm than good, however good his intentions.